The Day My Dream Came True

One trip I am definitely glad I booked was our trip to Newmarket Races. When Demi Lovato announced that she was playing Newmarket Races as (sort of) part of her Tell Me You Love Me Tour, I booked tickets as soon as they went on sale. It was expensive for me as I didnt really have the money but it was 100% worth it.

Before tickets actually went on sale, I discussed going there with Emily and she seemed up for the idea even though it was such a drive from us, but because she is an angel, she drove us there.

2 hours and 30 minutes the drive was supposed to be. I am sure it was 3 hours or more and a McDonalds stop later but we finally arrived in the surprisingly beautiful market town of Newmarket. I kid you not, there were horses everywhere. There was even a horse crossing, mad right? Theres a first for everything I guess.

Once we had parked up at the race course we headed to the gates to get in the queue where I found some of my friends I had made online including Kasey, Emily and Sammy, who were so lovely may I add! It was only an hour or so wait until the gates actually opened and we could go inside.

The stage was so much smaller than I imagined it to be which was great as it would mean that I would be much closer to Demi the whole time, yes! Now ahead was only the long wait until Demi finally came on stage, 6 hours or something? Easy. I'd waited 4 years to see her again so a matter of hours was nothing.

The excitement inside of me was building as the hours went down and it got closer to the time. A helicopter landed and we were told it was Demi as she had flew in from London.

Demi walked on and my brain was in meltdown mode. My absolute hero was on stage right before my eyes once more. Only this time, I was not at the back of the arena, I wasnt even in an arena this time, I was at the barrier at the races. This was a dream come true.

She started with confident and finished with tell me you love me and in the middle of her set? Purely incredible songs. She sang two of my favourites: my love is like a star and smoke & mirrors. But the one that got me the most? Old ways. I sobbed. This song means so much to me.

I took my camera to Newmarket Races and I am so, so glad that I did. I got some really good photographs that I am so proud of. Demi looked straight into my camera lens at one point and smiled and I think she looked in my soul, literally. I missed the photo though because she melted my heart and I put my camera down. I'll insert some of my photographs below.

I genuinely had the best time at Newmarket and it was worth every single penny. I had missed Demi so, so much so it was so nice to see her again. Sadly after Newmarket she got sick though. But after that I was able to see her on the tell me you love me tour, which was so incredible. 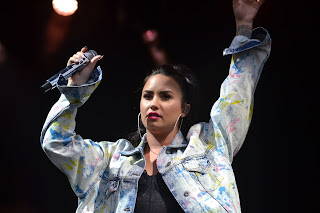 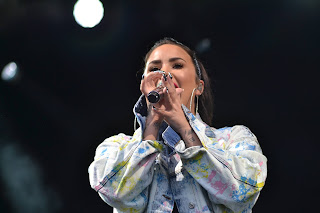 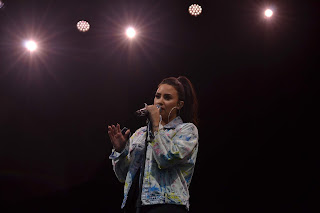 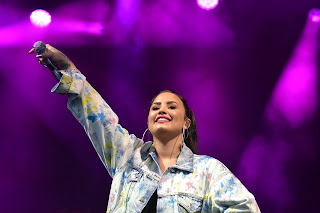 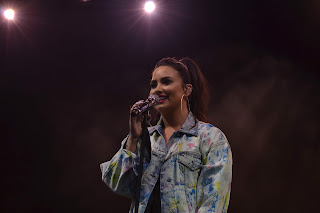 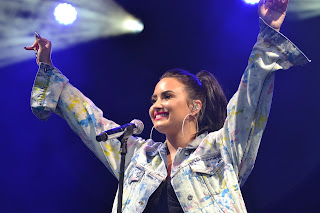 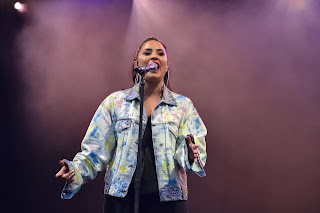 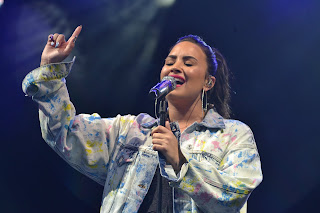 This was genuinely one of the best days of my life and I would do anything to re live this day if it was possible. Demi's vocals were incredible like usual and it just made my life.
Posted by Ebony Lyons at 4:30 pm