Lucy Jones is a 19 year old, curly locked songstress from West Wales. Since picking up her first guitar aged nine Lucy's love for music, melody, lyrics and performance has grown and developed to such a level, which in turn has led to extensive playing live all over the UK whilst honing her craft as a songwriter. Described as having "a distinctive vocal style that draws you in and holds you with song writing skills that are far more mature than any 19 year old has the right to be". Silky rich vocals with a raw and emotional intensity - Call it Tracy Chapman - meets - Amy Winehouse. 2018 is set to be an exciting year for Lucy with the release of her debut single 'Too Good' on March 9th.

This upbeat sounding song is truly a delight to the ears, with her soft sounding voice its a pleasure to hear.

I asked a few people for a sentence or 2 about it, here is what I got:

'I’ve been following Lucy’s journey for a while now and she absolutely nails it every time! It’s clear to see how much work she’s put into this single and it really shows! Really looking forward to following her journey as a very talented singer/songwriter.' 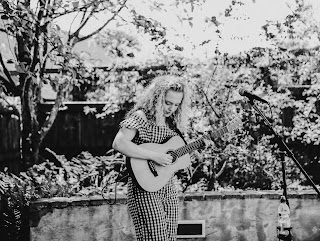 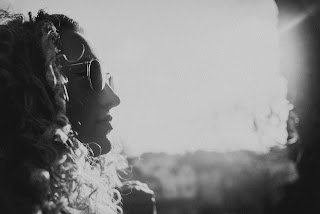 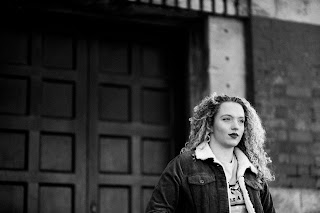 I asked Lucy a few questions, which she answered below:
What has been the highlight of your music career so far?

Highlight of my career. I think it'd have to be releasing my debut single 'Too Good'. I've been writing songs no stop for the past four years, so to be releasing one of the many, make for such an exciting day for me. I also got to work with so many incredible people on the song, which i'm so grateful for. I wrote the song with an artist called Matt Wills, who stumbled upon one of my covers of his song around a year ago. We got together and wrote a few songs and one of them is 'Too Good'. It was partly written at home in Wales and then partly written in his lounge in London. I had this idea that i had been back and fourth with for awhile that i just couldn't manage to finish, i had so many ideas for it narrowing it down was difficult. Matt really understood my vision for the song and tag teamed it perfectly to make it what you hear today. Ash who mixed the songs done work for Ellie Goulding, Hudson Taylor and Skrillex to name a few so it was so special to work with him. Another highlight for me was last year supporting Lucy Spraggan as part of her tour. It was so great because the crowd was just so up for it and supportive of me and my songs - which is the most incredible feeling. I was buzzing for days after.

Where did the inspiration for the single come from?
For me the song is a bit of a female empowerment song. Knowing your worth, understanding what's good and bad for you and knowing when to walk away from something. More often than not in life you don't know what you've got till its gone and in some relationships be it with a partner or friends it's difficult to find yourselves being on the same page and both putting in as much effort as the other. One sided relationships are the worst!

Is the single about anyone?
Yeah for me it's more of a generalization of how in life and in one of my past relationships that if someone isn't going to treat you with the respect, love and loyalty that you give them then naturally you're gonna move on to better things and find someone who will treat you how you deserve to be treated. Sometime in relationships it's better to call in quits before things go on any further to avoid the continuation of hurt and disappointment, remembering the good times and how much you once loved or could of loved that person whilst going your separate ways and moving on up.

How long were you working on the single for?
So the single was written back in October 2017 and since then it's just been a case of pulling all of the aspects of the song together. Getting the production perfect and finding the right mix for the vibe I envisioned for the song. It took a little while but was so worth it, i'm so happy with how it has turned out. Getting artwork done was another aspect to it which i feel really represents the core meaning of the song. A flower blossoming - growing, maturing and moving on. Big up's my old Art teacher Ms B for doing it!

How did you decide on the name of the song?
That again was super clear when writing the song, it just seemed to be a very fitting for the title and the meaning of it. Explains and sums it really well i think.

When are you planning on releasing more music in the future?
Over the next few months for sure. This first release is really just the beginning for what i hope to be the start of my journey releasing music. I have a big back log of songs that i've written over the last few years. So, it's just a case of narrowing them down and putting them out. I have a fair idea of my next few releases. Ultimately i'm working towards releasing an EP over the coming months, but were a little way off that yet.