This years cast at the Grand for the pantomime performance of Cinderella includes JJ Hamblett (Union J) as Prince Charming, Melanie Walters (Gavin and Stacey) as Fairy Godmother, Olivia Birchenough (Channel 5’s Milkshake) as Cinderella, Jamie Morris and Tarot Joseph returning as the Ugly Sisters all starring alongside the pantomime favourite Steve Royle (BBC Radio Lancashire) who will be making his 15th annual appearance starring as ‘Buttons’. 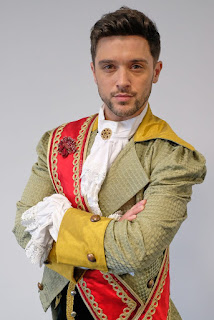 JJ auditioned for ITV’s ninth series of The X Factor with a performance of Rihanna’s international hit ‘We Found Love’ as a three-piece band called Triple J, during the show judges added George Shelley to the group and they became Union J. The boys made it all the way to the Semi Finals (finishing fourth) and were signed to Sony Music (RCA Records) and launched their debut single ‘Carry You’ (which also appeared on the motion picture Kick-Ass 2 Soundtrack, 2013), their debut album soon followed reaching sixth in the UK Album Charts. 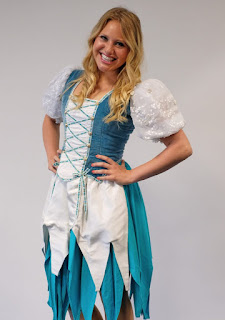 Birchenough has been a regular presenter on leading Channel Five’s children programme Milkshake! over the past 5 years, presenting live television daily, Olivia fronted the channel’s Bop Box series and the two nationwide theatre shows Milkshake! Party Party Live and Milkshake Live: Come Out to Play!. Olivia also presented the Milkshake Live: Bop in the Park residency at Drayton Manor Theme Park and Festive Fun series, and performing at Glastonbury in 2017! 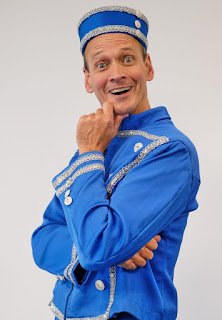 Steve Royle is an actor, writer, comedian, juggler, and most recently became a regular presenter on BBC Radio Lancashire. 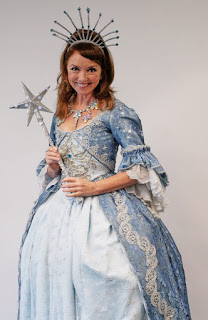 Melanie Walters is a Welsh actress, who has worked frequently in television. She is best known for playing Gwen West in the BBC comedy-drama Gavin & Stacey. 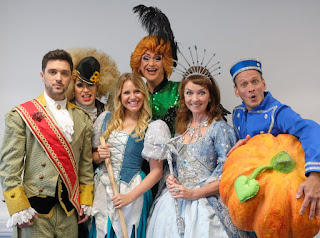 *disclaimer: cast photographs are not mine*

I visited the Grand Theatre on the opening night of the pantomime Cinderella and to put it simply, it more than exceeded my expectations.

For saying that we watched it on the opening night, the whole performance had very little amount of obvious mistakes, which in fact, only made it funnier! The cast were so professional about it, making us laugh further by making a joke out of the situation.

Cinderella itself is such a beautiful story, with two jealous stepsisters who are mean to her and in rags, Cinderella stands no chance of attending the royal ball. When her fairy godmother appears and magically transforms her reality into a dream come true. She turns pumpkins and mice into a horse and carriage and Cinderella goes to the ball! Cinderella enchants the handsome Prince Charming at the ball, but must face the wrath of her enraged stepmother and sisters when the spell wears off at midnight, running from the ball and losing a glass slipper on the way, Prince Charming searches the land for the girl who the slipper fits.

Everything was wonderful about the panto, the staff were lovely and helpful in assisting us to our seat, the venue was absolutely stunning, the food and drink on offer was good and the ice cream was more than amazing. The panto itself was way better than I could have even imagined, they put so many twists onto the original story which made it a lot more fun and gave the cast the opportunity to make us all laugh.

I'd definitely recommend taking a trip to the Grand to watch Cinderella, whether you live in Blackpool or not, you'll have a great night, especially with kids!

Some photographs that I took of the theatre will be below- they dont do it justice at all. It is way more beautiful in person. 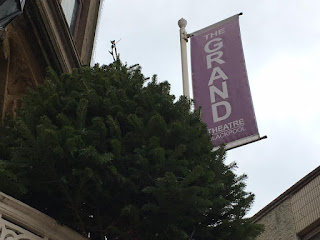 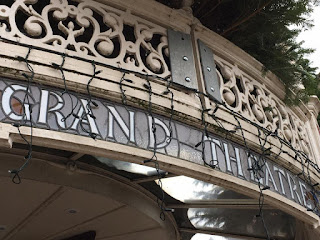 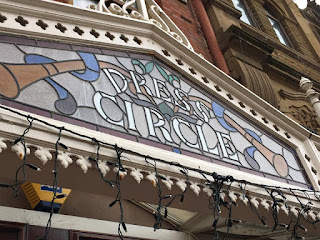 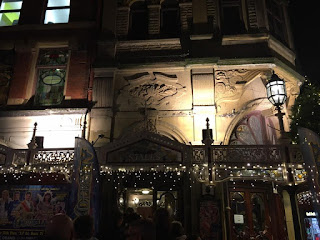 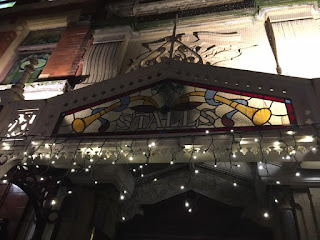 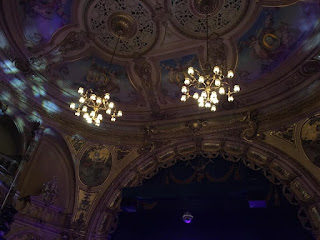 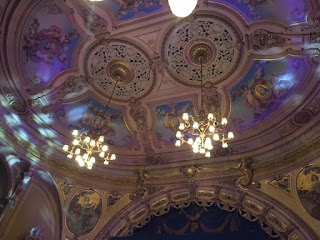 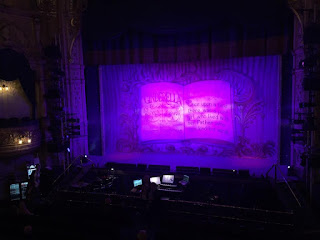 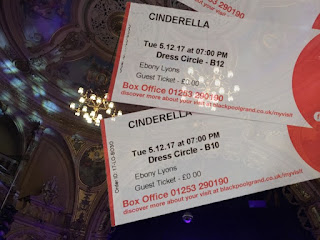 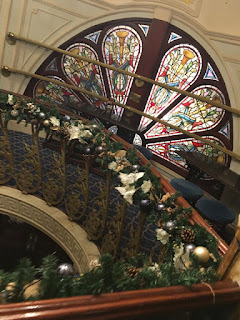 Prices are as follows:


Running Time is approx. 2hrs 20mins with a 20min interval (first few performances may be longer).


Cinderella plays at Blackpool Grand Theatre from Tuesday 5th of December 2017 to Sunday 7th of January 2018. Tickets are available from blackpoolgrand.co.uk or by calling the box office on 01253 290190