Aldi
In this, we see Kevin the carrot, performing his duties as a snowman's nose, the video then sees him shaken loose by a speeding train. Hopping aboard the train, it's not long before it's love at first sight with Katie the carrot. A pea is flung through the air towards Katie the carrot, and Kevin realises his moment has arrived. He throws himself in front of the green missile, Katie bent over him asking if he's okay. "I think I pea-ed myself," he quips, winning over Katie as she bends down to kiss her hero. 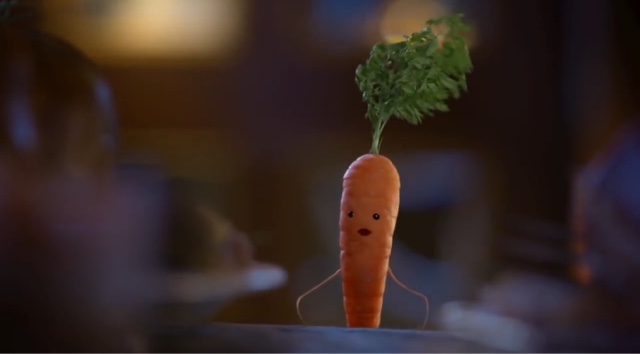 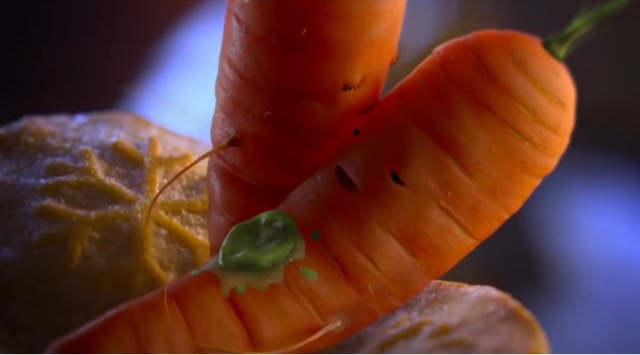 I love this advert, its such a fun advert that I think make kids want to watch it as well as adults. It is so realistic too, like obviously carrots cannot talk but they look like proper carrots and its such a good mini film. I especially love the "I think I pea-ed myself," pun.


John Lewis
Moz is an enormous Sesame Street-style puppet who lurks under a child's bed and deprives him of sleep, until the child learns that he is friendly and they play together- which of course makes him more sleep deprived.

This advert is so cute, I love what Moz looks like, I think he looks like such a friendly, dopey monster that kids will like rather than be scared of. However, I think this advert is a bit too long and boring for me.


Sainsburys
This advert is a very different one compared to all the other ones I have seen, as it is a sing along advert. 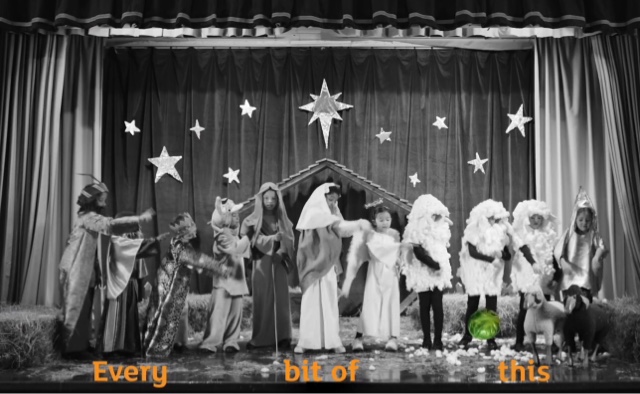 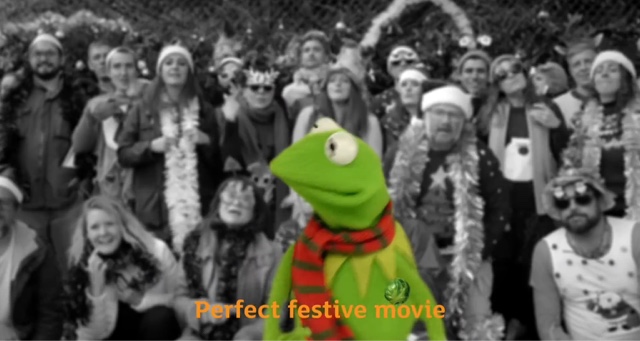 At first I wasnt a fan of this advert because I just thought that it was a little weird compared to the other adverts because the others are cute but this just isnt. However, seeing it more than once, I am starting to like it a bit more because its fun and I can see kids loving it (if they can read to sing along).


Tesco
The festive short film follows a string of families celebrating Christmas day as they prepare dinner, pull crackers and feast on leftovers.

I am not a massive fan of this advert to be honest, as I think it is quite boring. However, I do like that they have tried to include everyone, as one scene of the advert shows a Muslim family greeting each other with gifts as they arrive at someone’s house. Although, the clip most definitely sparked a racist backlash with some deeming the clip as “very wrong” while others vowed to boycott the supermarket, as they believe that Christmas is a Christian celebration, which I think is totally absurd.


Marks and Spencers
The advert stars the familiar bear, Paddington Bear, when he mistakes a bearded burglar wearing a red coat and red stocking on his head for santa, Paddington assists him in returning all of the pinched presents back to where they belong. He scoffs the odd mince pie along the way, innocently helps the thief embrace the true spirit of festive period and helps him to recognise the error of his ways.

I love this advert because its fun and it is nice to have a main character that we all know and most likely love, as Paddington is such a lovable character. I think there is a good message behind this advert which I do really like. Paddington catches a thief, stealing Christmas presents, and throughout the advert, he is given time to consider what he has done as they re-deliver the stolen presents. It is funny how he is thought to be santa and 'making Christmas' when infact, if Paddington hadnt have caught him, he would have ruined Christmas. This shows him as bad turned good, which promotes good behavior, yes M&S.

Waitrose
Waitrose is hoping to reconnect people with the emotion of Christmas as it tells the story of a group of local villagers trapped in a snowstorm, all in black and white.

I love this advert, as it shows what can happen when everyone comes together and takes part- making good out of a seemingly bad situation. Obviously the addition of a dog makes the whole advert a million times better in my opinion. I love that it is in black and white too, as I think it makes it seem a bit more dull, making us feel some kind of emotion and when they all actually enjoy Christmas, despite the trouble they were having, it evokes reflection onto the viewer.

There are so many more Christmas adverts out there but I thought I would just do a few of the main ones. Out of these, I think that my favourite is the Marks and Spencers advert, closely followed by the Waitrose and Aldi ones.